Sheikh or Akbar Mohiuddin ibn Arabi Muhammad Shafi Baloch This book contains the full history and life of the famous Sufi master “Ibn Al-Arabi” in Urdu. Ibn Arabi is one of the greatest teachers of spirituality, mystics, philosophers, poets, and Islamic scholars in the twelfth century. His cosmological teachings have become ideological in many parts of the Islamic world. Ibne Arabi was born July 26, 1165, in the culture of the Maghreb in Andalusia, Spain, and died on November 16, 1240.

At that time, Spain was the center of exceptional development of Jewish, Christian, Islamic, and practical thought among ethics, in which the great scientific and philosophical works of antiquities were transported to Northern Europe. , His full name was Abu Abdullah Muhammad bin Ali bin. Muhammad ibn Arabi al-Uthaymi al-Ayy was an Arab Muslim scholar, Andalusian, whose work had a great influence on the Muslim world.

Ibn Arabi is well known among the followers of Sufism throughout the Middle East as “Sheikh Akbar Mohiuddin ibn Arabi” and was considered a saint. Since then, he has had a profound influence on the development of Islam, as well as on important aspects of Western philosophy and literature. His wisdom is largely connected with what we understand in the modern world as a person.

The current book, Shak Akbar Mahdun bin Arabi, provides comprehensive information about the life and work of Ibn Arabi in Urdu. We hope this book will satisfy the needs of students, researchers, researchers, and serious readers. The book is now available in Pakistan’s virtual library in an extended PDF for our visitors. Check the link below to read online or download the full book in PDF format and enjoy offline reading on your PC and smartphone. 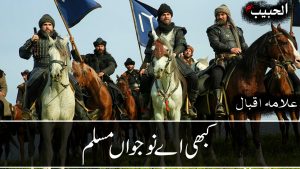